This morning on the radio I was listening to the host talk about a study out of Austrailia about how the Christmas season has a horrible impact on the environment. There was stuff about how it takes 44 lbs of raw materials and 240 gallons of water to make one $30 box of chocolates (Shouldn't Valentine's Day be the holiday under attack here?)

The organisation (spelled like they do down under?) offered hints to help lessen the burden on Mother Earth in the form of alternatives to the custom of actually buying a gift.

Some of those suggestions were "free hugs" or "vouchers for clean bathrooms." I called in. They put me on the air. My point? Hugs are already free unless you are getting them from a prostitute, in which case you are wasting your money. I also clean the bathrooms in my house for free. I don't think I need to implement a bookkeeping system for that either. Besides, free hugs and clean bathrooms happen all year long - Christmastime just means the hugs are warmer and longer because they are often with people you haven't seen since last Christmas and they smell like gingerbread or pine or some other Christmas smell. ;)
Alan 2:52 PM | 0 comments | |

Ray Camden answered my question in his blog! I'm famouser than I was yesterday!
Alan 2:49 PM | 1 comments | |

Techdirt:Don't Play Poker Online While People Are Shooting At Your DSL

Now THIS is funny. Especially the comments underneath the post.

Now this is cool - back to the basics. I created one in two minutes, had the stuff I needed filled out on it in another two minutes, and I am good to go! Try it, even if just for the novelty. 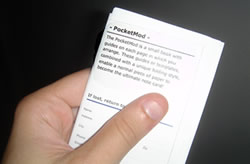 John Kerry recently made the following remark to Bob Shieffer on the Face the Nation program on CBS.

* - "And there is no reason, Bob, that young American soldiers need to be going into the homes of Iraqis in the dead of night, terrorizing kids and children, you know, women, breaking sort of the customs of the--of--the historical customs, religious customs. Whether you like it or not..."

Sen. KERRY: "...Iraqis should be doing that. And after all of these two and a half years, with all of the talk of 210,000 people trained, there just is no excuse for not transferring more of that authority."

What? American soldiers terrorizing people? Going into homes in the dead of night? Where is that coming from? That's what the old Iraqi regime under Saddam did! Cheese AND Rice Senator, what war do you think we're fighting. Our Soldiers, Sailors, Marines and Airmen are being blown up while handing out candy to children, while teaching English to women that were not allowed to attend school, while providing security and training so that country can MOVE ON from where it was. We're not the ones stagnating the process, Senator Kerry, but you might as well be. To portray our volunteer forces as some sort of group of "black bag" operators that exist above the law and do as they please...no offense to the heroes of the Vietnam era, but that's not what we are doing in Iraq. If it happened in Vietnam it was as wrong then as it would be now if it were happening.

And then, what about the "Iraqi's should be doing that" line? Again, WHAT? I don't even know what to say. How completely out of touch with reality can John Kerry be?

I can't "quit" being in the military. As an enlisted person, I volunteered to serve, and I am obligated to do so until my enlistment is over. Before the election of 2004 I told a good friend that if John Kerry was elected President of the United States I would serve the remaining time of my current enlistment, and then not re-enlist. This decision could have cost me a 15 year career in the military, reducing my retirement benefits to zero for that time served. I still stand by that promise, and the above shows you exactly why. To think that the people of this country even considered making John Kerry the Commander-in-Chief of the United States Armed Forces.

Funny how Ramsey Clarke's biggest concern is a "fair" trial for Saddam. He was so just and righteous in metting out punishment during his reign of terror. Makes me wish Saddam would have kept his mouth shut and eaten that grenade our soldiers were about to toss down his spider-hole. This whole circus is just a prelude to the inevitable. Saddam is going be killed, whether it be at the hands of the legitimate government of Iraq or otherwise. The country is only able to progress because he is in custody, but they will never truly be free until the threat of Saddam is gone forever.
Alan 9:05 AM | 0 comments | |

Goodnight Reality - Put Back the Smoke in Clement Hurd's Hand - Yes or No?

Revising history is bad. Editing a photograph is wrong. It doesn't matter if you think you are "protecting" children or not. It doesn't matter what YOU think was wrong with history, its history and you can't change it. Its just like lying. Accept history, learn from it and move on. The reason that the future is better than the past is the time and effort of those of us who work to improve the future, not try to re-write the past.
Alan 7:41 AM | 0 comments | |